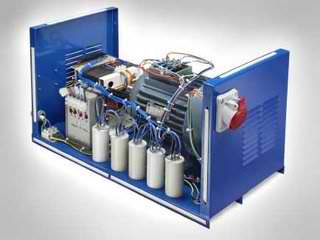 Booster E is able to start several motors simultaneously, even under load. With Booster is reached nominal engine speed very quickly, keep it short and loads. This unique converter is doing well with the hardest and toughest applications: cutting lathes without clutch, hydraulic systems, freezing units, balancers, compressors and mechanisms with frequent starts and reverse modes.

OPERATING IN HEAVY MODES OF OPERATION

When the motor is placed under load or when the engine is loaded with a heavy load, Booster instantly compensate for the additional load, generating two times current. Booster is allowed short 6-fold overload. Booster is doing well with an engine load, engine momentum, pumps, compressors and other mechanisms that have difficulty starting. Booster is triggered: cranes, conveyors and lifting equipment put into operation under load. Due to the higher input currents require a more powerful power supply phase of the Booster E. 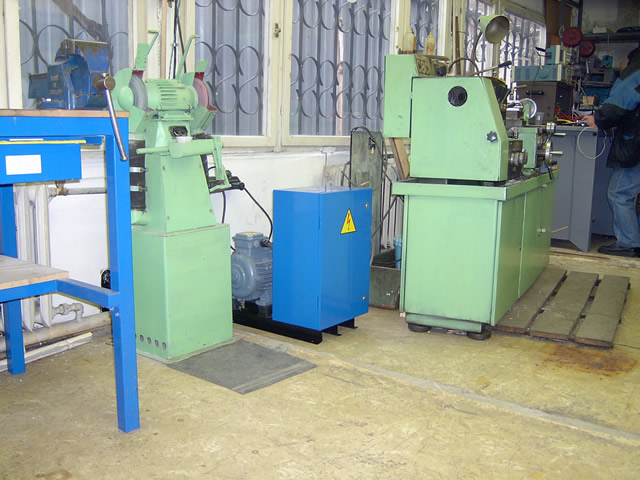 Booster E can be likened to a transformer. It is most effective when it is loaded between 30-70% of maximum power. Efficiency is then approximately 95%. Above and below this range, efficiency is considerably lower. At engine idling Booster will consume about 3% of the nominal power.

Booster converters require no maintenance. The internal motor-generator is not brushless, bearings do not require lubrication. Booster no components with a limited lifetime as electric plugs, switches or electrolytic capacitors. Internal logic circuit is CMOS, which is not affected by the worst regimes. Convertors are insensitive to interference and voltage variations on single-phase supply network.

Booster are designed for the most efficient release of asynchronous motors. The welding device also may be supplied, but should be selected converter, whose output is 50% greater than the input power of the welding device.